92. MY TALLEST TALES EVER 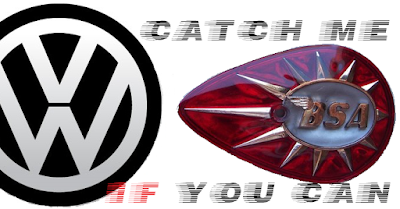 They say evidence given by a child is unconditionally accepted in the court of law as truth. I don’t know whether this is just an urban legend but it better had to be as I know how much we lied as kids. Or are they really so naïve not to have heard all the tall tales we used to say as kids.  Sometimes these tall tales were blown so out of proportion that one had to be either so dumb to believe it or had to have a very good reason not to laugh at them. I remember a few of the tallest tales I ever said to other kids.

The Toy Plane that really flew:


Sometimes the tall tales had this nasty habit of adding more and more features each time it was told. Yeah, like that grampa’s fish, alright. My classmate Rathwatte boy, whose wealthy aristocratic background made most of his outrageous lies more convincing, used to boast often about his toy plane.

Another boy who seemed to have been to Rathwatte residence confirmed this. At the earliest versions, it was a battery operated plane that ran on the ground. And each time the story was retold, it upgraded to something that actually took off and flew by remote control. This fascinated me who was a huge fan of airplanes. When I told my mother about this she said anything was possible with them as they were aristocratic and stinking rich Rathwaththes. I had dreams of me owning a toy plane that really flew.

By the end of the year, more features were added to the story as well as the plane and finally the Rathwatte boy actually could get into the small cockpit and fly the above his massive estate. This made me really long for one.  At least to see this.  I had daily dreams of me flying over the school yard over the mat slide and seesaw and some nights I was just flying without the plane. That was in the second grade.


In fourth grade I used to sit in the same row with this arrogant and conceited boy Dhammika, who was constantly fighting with me over the same girl who was sitting between us. We were locked in a never ending battle to impress the girl and win her heart.

Dhammika’s family had a newspaper agency or lottery agency which I can’t exactly remember. I think it is a lottery agency as I had this mental picture of his parents driving around in their much boasted dark green Volkswagen with the lottery stick with fluttering lotteries sticking out of the car window. I’m not sure if I have really seen it or this was my imagination. Most probably the latter. And they were regular lotteries whose first price was a car and the scratch type instant ones were yet to be invented.


What really made me resent Dhammika most was the slogan he always muttered when he broke his pencil into two or bit a half of the eraser and spat it towards the dust bin or tore pages off his exercise book crushed them into balls and threw them, saying “අපි නාස්ති කාරයෝ. අපිට සල්ලි ප්‍රශ්ණයක් නෑ." (We can waste because money is not a problem for us) just to impress the girl, which failed most of the time because she was more down to earth type.


Dhammika was a very grumpy and whiny one. The girl seemed just to tolerate him. It’s so funny that I can’t remember her name exactly. It was something to do with moon. Maybe Sandhamali or something like that.

At the beginning I was sitting in the middle which led to constant fist fights and alarmed the teacher who strategically made the girl sit in the middle. Even the girl was trying to play the peacemaker, sitting in the middle, keeping us away from each other’s reach.  This didn’t stop us who used to lean over her head or reach behind her back and punch or kick each other and pull each other’s hair. We sometimes stabbed each other with pencils leaving pencil lead under the skin. And an occasional punch landed on the peacemaker girl, too.

He often boasted about his dad’s driving skills and the Volkswagen’s incredible performance.


“My dad pushes that car to the limits."

This had a duel effect of making the girl giggle and Dhammika instantly pissed. I was feeling euphoric.


“Not like that stupid old wreck of a motorbike of your dads.”


“Sixty? You call sixty a speed? Maybe it is a big speed for a Volkswagen. My dad usually does 70 on our bike. I sit on the tank. So I watch the meter."


“You don’t know jackshit. It can do even faster. 70 is the cruising speed. Dad says engine misses when going any slower.”


“Okay how fast can it go?” Dhammika wanted to know.


“The speedometer's marked up to 80. They are made for speed.” I instantly regretted this. I should have added at least 20MPH more.


There I sure had stepped on shit. In no time I was on damage control mode recovering fast.
|


“Talk about a shit you know. There is a peg in the speedometer at 80. Last week Dad and I went for a ride and he twisted it all the way. Then that peg broke because the needle was pressing against it and now it can go all the way to 100.”


No matter how outrageous this farfetched claim sounded, not only the girl whose technical know-how was no match for the us two gear-heads, but also Dhammika-the know-all seemed to believe this bullshit. I was a bit surprised at this unexpected hit.


That evening when we went to town I saw a green Volkswagen which I thought must be Dhammika’s. I peeped into see Dhammika but only a man with a cigarette stuck between his lips was behind the wheel. Later as my dad was filling the tank at the filling station we saw this car go sailing towards Oluganthota. The VW's beautiful engine beat with a whistle made me wince with envy.


The next day in class we had our horns locked as usual.


“We saw your car yesterday, dad and I.”


“We saw your too, You were trying your best to overtake a bullock cart.”


This truly pissed me off but I did my best not to show it.  And the girl giggled to make the matters worse. I held my ground.


“What? Only your dad was there in that rickety old wreck when we saw that. No one else was there.”


“Okay, dad dropped me and mom at the shop and went to Oluganthota.”


“We were also going to Oluganthota.  Then your dad came along and overtook us. Sort of challenging way.”


This brought huge grin to Dhammika’s face. Even the girl narrowed her eyes and was staring at me with a puzzled expression.


“That’s what I told you, your BSA is no match for our Beetle.”


“You just wait. Then this pissed my dad off. He usually won’t take shit like that from anyone. “Hang on, son,” he said, He shifted up rapidly and sped after your car. Your dad was stepping on it too. We caught up with him easily. We were overtaking your car but in the middle of that he paused by your dad’s window. I looked at the speedometer. We were doing 70 on that twisty road. Another bend was coming up. Coolly my dad took out a cigarette while still riding the bike with the right hand and tapped the cigarette on Volkswagen's roof three times. Then he stuck the cigarette in the mouth a he tapped on the car window with the knuckle and asked your dad “Got a light, mate?” And your dad was so stunned. He gave his cigarette to my dad. My dad lit his one and handed the cigarette back over to your dad and said, “Thanks mate. Bye,” and twisted the handle grip. And Wham! Off we went. We were doing 90. I looked over my dad’s shoulder and watched your Volkswagen falling behind fast. After two bends there was no sign of him. When we bought the newspaper a Oluganthota and coming back we met your father still coming that way.”

Dhammika’s eyes popped out of his face and his mouth hung open. He watched me incredulously. Even the girl seemed suitably impressed.

“You are lying! He didn’t say anything like that happened yesterday. You are a big fat liar.”

Dhammika knew when he was beaten and decided to shut up. And I can’t remember him saying anything about this incident or contradict it then or even later. I still can’t imagine why.

I APPRECIATE YOUR COMMENTS VERY MUCH.

Get to know Dude